Portland International Raceway (PIR) is located in Portland, Oregon, just south of the Columbia River, less than a mile west of Interstate 5. The track hosts SCCA, ICSCC, Pirelli World Challenge, IndyCar, OMRRA motorcycle road racing, and SCCA autocross events. The facility also includes a dragstrip, a motocross track and also hosts runs/walks, swap meets and obstacle course events. The road course is almost perfectly flat and runs clockwise with two possible track configurations (with and without chicane). Track Night in America will utilize the one that includes the hard right chicane at the end of the front straight and includes twelve turns at a length of 1.967 miles (3.17 km).

PIR is built on the former location of Vanport, Oregon, which was destroyed on Sunday of Memorial Day 1948, when a dike on the Columbia River broke and flooded the area. After the flood, all that remained were the paved streets and concrete foundations of destroyed buildings. The first official races took place on these old city streets in 1961 at the Rose Cup Races as part of the Portland Rose Festival. Since then, the Rose Cup has become an annual event. At the end of 2007 and the beginning of 2008, the road racing course at PIR went through a renovation. The track was reconfigured and repaved with a new foundation in some of the corners and new asphalt. Turns 4 through 7 were widened and reconfigured. Turn 7 was expanded to 78 feet wide and sharpened to slow down racers prior to entering the back straight.  FIA specification curbs were installed on the track. The track reopened on February 23, 2008, with a ribbon cutting ceremony and an open house for patrons to drive a slow lap with their street cars. 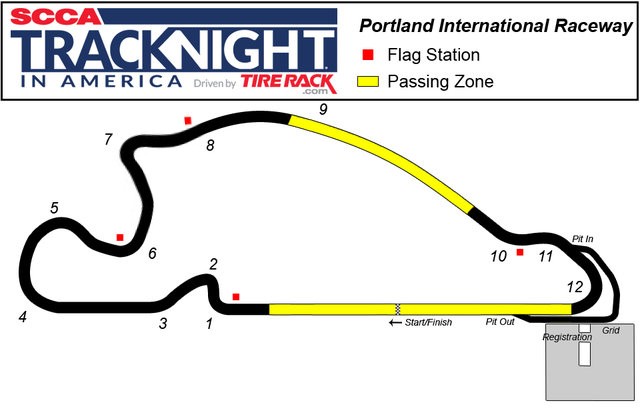 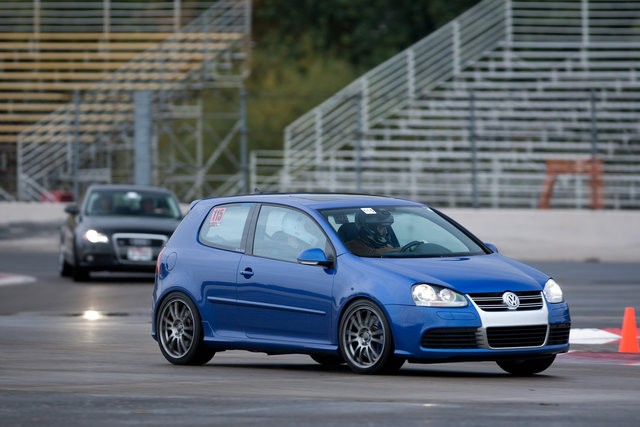