Two of Our Tracks Have Gotten Makeovers! 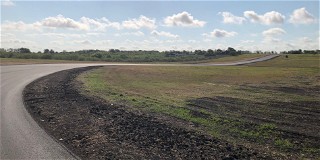 One of the pride points of Track Night in America driven by Tire Rack is that the program has introduced enthusiasts to tracks that might have been overlooked – not the flashy pieces of pavement that can be seen on tv, but wonderful strips of asphalt to put any car to the test in a safe environment. The support the tracks get from enthusiasts like you allows them to make upgrades, improving the experience for everyone.

It’s simple business, right? At least in theory. “How do you make a small fortune in racing?” is a well-known joke for a reason (the answer, for those who don’t know, is always “start with a large fortune.”).

It’s with that in mind that we want to celebrate the hard work that two of our Track Night circuits have done for you, and let you know about them so that you can make plans to check it out for yourself!

Harris Hill Raceway, in San Marcos, Texas, and Carolina Motorsports Park, in Kershaw, South Carolina, have both undergone extensive improvements this summer, including successful repaves at both tracks and other facility upgrades.

As many a track owner has found, experience paving things like roads and driveways does not always translate to the unique challenges of a race track. Once Harris Hill found Hunter Industries to lead the project, the paving of the 1.82-mile, 11-turn road course went to perfection.

“The biggie is going to be that the bumps are gone,” Rod Metz, Director at Harris Hill Raceway, said. “Turns Six and Seven are slightly different and there are some tiny camber changes on a few other corners. Some sections are a bit wider. Of course, the track is much blacker for now.”

And it was a significant change. The economies of paving a race track are not ideal – it doesn’t work to pave in cold or significantly rainy weather. But what else happens on a race track in warmer weather? Essentially, all of your business. So not only can it be pricey to take on a track repave, but it’s more than just the cash outlay. Still – Harris Hill found the time and deserves full kudos.

“We caught a break on the weather and Hunter Industries flooded the site with their ‘A team’ in state-of-the-art equipment,” Bo Rivers, the track owner, said. “The end results were beyond our wildest imagination given the drastic deterioration of the existing racing surface.”

As always, 2020 remains an odd year, so some of the rumble strips and other markings are still coming in from suppliers, but the pavement is smooth and silk. In addition, the track repaved the paddock and improved drainage. For some, new flag stands will be a creature comfort that is key to improving safety. And the track’s new flagship sponsor, AMG Mercedes of Boerne, has helped spruce up some odds and ends around the track as well.

CMP found the same success when repaving the 2.27-mile track.

“The repaving process was a huge success,” Michael Cummings, CMP owner, told us. “All the testing the engineers did during the repaving, combined with a four-week cure period appears to be paying dividends.  The feedback from drivers has been overwhelmingly positive.  Since reopening, we have run everything from sports cars to IMSA prototypes to motorcycles without a single issue with the new surface.”

Don’t think for a second that the track repave is the most significant change. Well, not in the midst of one of those hot, humid southern summer days, at least. In that case, many drivers are going to seek solace in the newly installed air conditioner that will now cool the paddock bathroom building!

Jokes aside, the air conditioning is a key example of CMP’s plan – to make their track comfortable for all racers and enthusiasts. In addition, the track paved the entrance to the tech shed that was previously gravel – and gravel tends to stick to hot race tires. The facility’s kart track has a new pit lane, which serves two purposes – it’s great, of course, for the karters, but it also means that karting will no longer share the false grid with the road course. Repeat visitors may notice a series of aesthetic improvements around the facility, and more changes are coming soon.

Already, the track has shown a new level of smoothness that has coincided with improved grip. In a testament to the detail in the paving, drivers have been surprised at how little tire wear they are experiencing, even with the improved grip – a situation that doesn’t always go hand in hand.

These are two major improvements to two significant Track Night in America tracks – and now they’re ready for you to put them to the test! There are two more chances remaining this year for you to attend a Track Night at both CMP and Harris Hill – and we recommend taking that challenge on. Click the appropriate link for information on registration.

As many a track owner has found, experience paving things like roads and driveways does not always translate to the unique challenges of a race track. Once Harris Hill found Hunter Industries to lead the project, the paving of the 1.82-mile, 11-turn road course went to perfection.